3D TVs - Too Much Too Fast Says Founder of Legend3D

LOS ANGELES, June 7, (RTRS): Hollywood will unleash 70 movies in 3D next year, the biggest year yet for the format, according to Barry Sandrew, the founder of 3D conversion company Legend 3D. While the number of movies released in 3D dropped 20 percent in 2014, Sandrew rejects any suggestion that 3D has slumped. “We’re looking at 2015 being the most 3D-heavy year ever,” Sandrew told TheWrap. 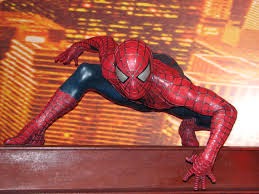 We can thank the international market for that, as countries like China build 3D movie theaters at an astounding clip. Hollywood leans on 3D and IMAX to differentiate the experience of watching a movie in a theater from what you can get at home — and charge more for it to boot. Sandrew told TheWrap the home experience will soon be “superior” to the theater, and studios will have to consider releasing their biggest movies everywhere at once.


Will you be able to watch “Transformers 6” at home while others see it in theaters? Possibly.

“Studios now release movies worldwide all at once and while rare, films such as "Noah" are  released internationally in 3D before being released in the U.S.; we thought that would never happen,” Sandrew said.

TheWrap spoke with Sandrew about watching 3D movies at home, why so much 3D is bad and the future of his company.

Question: You guys are a film company, but you want to talk about TV. Why?

Answer: Once high-dynamic range and 4K come to fruition in TV it will do what the theaters have always feared. It’s going to create a far superior experience at home relative to the theater. That’s always been the fear of exhibitors. People said color TV would be the end of theaters; obviously it didn’t have an effect. It’s still a huge industry.

But once we have these elements, HDR and 4K, it will be a better experience. This will force exhibitors to upgrade to laser projection.

A: Normally we only see 35 to 46 percent of the full color space. With high dynamic range you get almost 76 percent. It brings TV to the point where it really mimics the way we see; if you’ve seen it, you would feel you can’t do without it. It’s a brighter image.

With these improvements to the home viewing experience, will that lead to a decline in the theater going population? If we had HDR in 4K, it would be a far superior experience to going to a theater.

Q: Are there 4K TVs that are also HDR?

A: No, that will take a while to implement. We’re several years away. While 4K is very impressive, the mantra right now in the industry is 'we don’t want more pixels, we want better pixels.' When it comes down to it, that will be the future standard.

If you show someone a 4K TV, they won’t appreciate the resolution. You have to have a large TV and you have to sit closer to the TV. That bothers me. If you’ve seen an HDR TV, it doesn’t matter if you’re 15 feet away; it’s instantly a superior experience.

Q: Is there a timetable for the widespread adoption of TVs with these technologies?

A: It’s happening now, but people don’t realize it. The reason 3D didn’t take off is the consumer electronics industry shoved it down everyone’s throat. It was too much too fast. Now they play down the 3D, but it’s still there. If you want to buy a quality big screen TV, chances are it will be 3D-ready.

A: You'll know it; you’ll have glasses with it. You may not use it, but eventually you will.

Q: When can we watch 3D at home without the glasses?

A: We’re very far from seeing autostereo or glasses free 3D on our home TVs. It really irritates me that confusion remains in the industry regarding the status of autostereo.  Some consumers are actually delaying their purchase of 3D TVs because they think autostereo is already here or imminent.  The truth is, glasses free TV is neither here nor imminent. In fact I consider the technology inherently flawed for TV viewing because the observer has to be positioned precisely within a narrow sweetspot in front of the display device in order to appreciate the 3D effect.  This is less of an issue for single person display devices such as Amazon's announced autostereo 3D smartphone. Amazon's smartphone could be successful because it features eye tracking.  Eye tracking will adjust the position of the sweetspot to correspond with the position of the observers head.  Of course this requirement limits the number of people that can correctly see the 3D effect on a single device.  Consequently eye tracking of several people sitting in front of a TV is impractical.

Q: Most people are not eager to throw on 3D glasses at home, but if people start watching 3D TVs, what is the benefit to Legend?

A: The work we are creating will look superior at home and on TV. The studios haven’t been concentrating on TVs yet because there isn’t an installed base. Once its there, the focus will be greater. Hopefully well see TV shows in 3D. We’re also going to be a move to do catalog titles like “Top Gun” and “Little Mermaid.” Those are fantastic conversions, and there are so many titles that would be great in 3D.

Public sentiment seems to have shifted against 3D, but PricewaterhouseCoopers just issued a report saying the market for 3D has stabilized.

What do you think will happen?

2015 will be the biggest year yet for 3D movies with 70 movies. We’re looking at 2015 being the most 3D-heavy year ever. If you look at 2013, eight of the ten highest-grossing films were 3D. If you look at the all-time box office, the top seven movies were all released in 3D.
Only if you count the “Titanic” re-release.

To read the entire interview in The Wrap, click here

New comments are not allowed.