Jared Sandrew, Stereoscopic Supervisor on "The Walk" Discusses His 3D Conversion Of The Sony Blockbuster!

The legendary star of Sony's "The Walk" shines brightly of late, most recently at the movie's premiere during the New York Film Festival on Saturday, September 27. By star, the LA Animation Examiner does not refer to the film's storied Director Robert Zemeckis ("Flight," "Back to the Future" franchise); nor does she point to the film's real life subject Philippe Petit, notorious high-wire artist behind (or rather, atop) the jaw-dropping, unauthorized 1974 Twin Towers stunt. She also does not mean lead actor Joseph Gordon-Levitt, who pleasingly portrays Petit on the big screen. 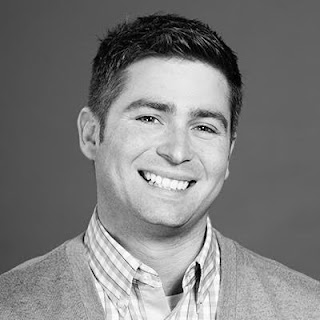 For the LA Animation Examiner, the star is - irrefutably - Stereoscopic Supervisor Jared Sandrew, who is responsible for the 3D edition of this new, global, theatrical release.

The LA Animation Examiner recently spoke with Sandrew to learn the reason that Pete Hammond, Awards Columnist at Deadline.com, states, "The visual effects in the film's last half are the best I have seen all year" and ". . . it became the first film this year that had the wow! factor I so rarely get these days. It was simply awe-inspiring to watch, and it is still with me even after seeing dozens of films at Telluride and Toronto since then."

LA Animation Examiner: How did you become involved with "The Walk?"

Jared Sandrew: During my 6+ years as Stereoscopic Supervisor, I have worked on many films, including "Man of Steel," "The Lego Movie," "The Amazing Spider-Man," and more. Sony/Tri-Star approached Legend3D about "The Walk," and as a huge Zemeckis fan, I was extremely driven to be a part of the project! We showcased our previous work for Zemeckis, and he had some really strong opinions about the variety of our portfolio. He gravitated toward a specific design, which educated us on what he was thinking for the film.

LAAE: Are you able to reveal anything about proprietary imaging technology in "The Walk?"

Jared Sandrew: Sure! Every film that I work on requires custom software and efficient workflows in order to produce an experience of utmost quality. The use of stereo conversion (versus a native stereo shoot on set) allows for ultimate flexibility in design during post-production. I wanted the creative process to be interactive for the filmmaker(s), so I proposed a workflow that manipulates digital assets created during the conversion process, in real-time, and allows for a scene-specific depth blending session. It is called Depth Grade. This development was a collaboration between SGO (the makers of Mistika visual effects software) and Legend3D.

Kevin Baillie (head of Oakland, CA based visual effects studio Atomic Fiction) was the Visual Effects Supervisor on "The Walk." He loves the stereo volume and internal texture that Legend3D's contributions add to his work! Objectively speaking, the marriage of his visual effects and our stereo conversion is seamless.


Jared Sandrew: Immediately, Mr. Zemeckis was very excited about the conversion process, because it is a positive technological reminder of the control that he has in his CG motion-capture films, such as "The Polar Express" and "A Christmas Carol." My colleague Matt Dejohn (Stereographer) consulted on set, and it was clear that Zemeckis was making a 3D film from the start. Meanwhile, I converted the camera tests by creating wedges later shown to Zemeckis and Baillie. Their feedback provided an artistic language for our staff and set the stage for Philippe Petit’s grand journey.

As you might imagine, Zemeckis and Baillie were not new to 3D! With them, it was easy to discuss audience reaction and the ways that stereoscopic design supported their goals. This hugely emotional film necessitated incredible 3D all of the time. When designing the stereoscopic look of the film, I paid special attention to the poignant and comedic scenes, as well as to the action sequences and the spectacular events.

LAAE: Did you use the Oscar winning documentary "Man on Wire" as reference material?

Jared Sandrew: This falls under Kevin Baillie's purview. As Visual Effects Supervisor, he provided us with research materials and reference for scale and realism.

LAAE: Will persons with acrophobia (fear of heights) need therapy after viewing this film in stereo?

Jared Sandrew: YES! Anybody with the guts to watch this film in 3D, let alone IMAX 3D, is in for a visual extravaganza! The effects purposefully create a real sense of vertigo. Viewers are more likely to have acrophobic tendencies if they look down, which, incidentally, is something a wire walker should never do!

That said, "The Walk" is the most spectacular stereoscopic film that I have worked on to date. Please see this movie in 3D!


"The Walk" is open domestically. Dash to http://www.thewalk-movie.net/site/ for the official lowdown.