The Emergence of Augmented Reality

Thoughts on Tesla, Apple and
The Emergence of Augmented Reality 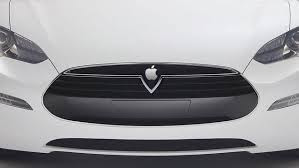 The report makes some interesting observations on Augmented Reality (AR). However, it's my opinion that analyst Gene Munster's mixed message on the future of the medium is off by 5 years.

Indeed, while it's true that Virtual Reality might achieve broad consumer adoption in 10 years, Augmented and Mixed Reality can be accessed and enjoyed TODAY by anyone with an IOS or Android mobile device.  Tomorrow (near term), consumers will also be experiencing Augmented and Mixed reality content via eyewear innovations coming out of  Magic Leap and Microsoft's Hololens . 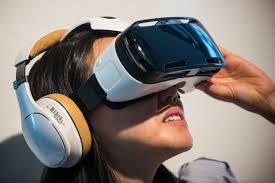 Virtual Reality 'kidnaps' your senses via eyewear which today are generously called goggles and audio headsets to create a total immersive experience.  Some stereo VR content like Create Advertising's "The Walk" which anticipates the release of the 3D film of the same name by Bob Zemeckis is simply amazing. But most VR experiences are less than 3 minutes in duration. That's because, unless perhaps you're a gamer, it's difficult for most people to handle the awkward if not claustrophobic VR experience for prolonged periods of time.  As a pioneer in 3D conversion since 2007, I experienced the monotonous drone of some movie goers who lamented how distasteful 3D movies are because they had to wear 3D glasses.  I can't wait to hear people start saying... "I love VR but do you think we'll be able to experience stereo VR one day without the use of goggles and audio headsets?" The answer of course, is yes... that's called Reality. 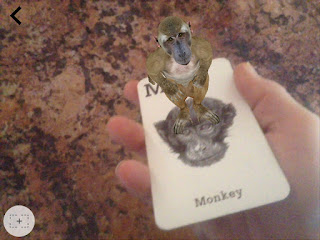 Enter Augmented Reality which overlays graphics and CG animation within our real-world field-of-view. It's an immersive experience we can all enjoy together with friends and family at the same time... not as CG avatars like VR but as real people in our real-world field-of-view.  I invite you to access the animal series by Octagon Studio.  It's a simple but elegant example of AR that teaches the alphabet.  It amazes everyone who sees it because people can literally experience an elephant standing or a monkey sitting in their hand just as I did in the picture to the right that I captured on my iPad. Others around me with iPads see the monkey from the side or the back depending on where they are standing. 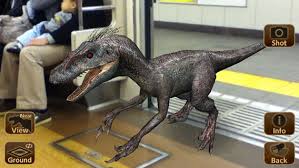 Think of the possibilities.  Today it's possible to experience Katy Perry in miniature performing a solo music video on your kitchen table... in-the-round with each of your family members sitting at the table watching her perform from their unique personal perspective.  Walking with Dinosaurs: The Arena Spectacular, no longer has to rely on animatronics or costumes.  The creatures can be experienced moving about freely in your field of view as realistic monsters - straight out of Jurassic Park.  A form of 'holography' is the best way to describe the future of AR to those uninitiated.

Consequently I find it difficult to understand why anyone would question that Augmented Reality will become ubiquitous in 3 to 5 years.  I do agree with Munster's sentiments that we will wonder how we ever lived without AR, much like GPS, and as Munster states... "the smartphone."

(Mixed Reality is represented by the well known Escapist Games Limited, Star Chart... Mixed Reality is immersive 360 experiences that do not necessarily require eyewear such as goggles but can be accessed via AR devices today including IOS and Android mobile devices)